For Sussex Cleaning & Care, tech never helped with the post problem – until Postworks came along.

“I’m pretty resistant to change and not very innovative. I only use my computer because that’s where everything is.” – Nick Pitcher, Finance Director at Sussex Cleaning & Care

They say technology makes everything easier. Nick didn’t believe it.

Most of Nick’s 200 employees are based off-site as cleaning staff, serving their clients all over Sussex. When it comes to admin, he’s almost on his own. And he has a huge pile of invoices to reckon with every month.

Nick doesn’t trust email for sending invoices. People come and go. Emails don’t reach the right person. You’re waiting forever just to get paid. Paper is definitely better. And sending paper invoices is easy when you have a printer, right?

Nick’s printer kept getting jammed. Getting it fixed took forever. Even worse, his overpriced franking machine was hand-fed. When he finally got those printouts into envelopes, he had to sit there for hours on end, feeding letters in one by one. It could take a whole day sometimes.

After all that, Nick still had to get an employee to take those letters to the post office. What, exactly, did technology make easier? 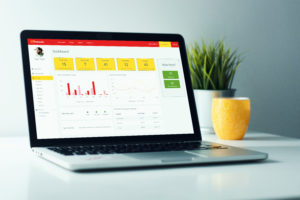 The light at the end of the franking agreement

Nick was sceptical, but he started searching online for a better solution. That’s when he found Postworks.

When tech does what it’s supposed to do

“Every time I drag and drop, I think about how I used to stuff envelopes. It’s so much easier, I actually enjoy it.”

Now Nick never prints an invoice, never sticks a stamp and never visits the post office. Instead, he sits at his computer and logs in to Postworks. He drags and drops his invoices into it and they’re sent securely over the internet to Postworks HQ. Then Postworks does all the hard work of printing, and enveloping, and making sure Nick’s letters end up at the right address.

Nick’s life is easier, and he’s saving all the money he once lost on stamps, envelopes and that good-for-nothing printer. All his savings will add up to nearly £10,000 over the next 6 years, only Nick won’t be tied into a contract. He can stay with Postworks, as long as it works for him.

“If someone like me can make a change and see the benefits, then other people certainly would.”

If you’re like Nick, Postworks can help with flexible posting solutions with no contract. To find out more, contact us or find out more about how it works for franking machine users.